In early 2018, the Wayne County Commissioners applied for PA Department Community and Economic Development grant for a Solar Energy Project on the roof of the Stourbridge Project, which is housed in the former 1928 school building at the Park Street Complex. With the help of SEEDS and the Clean Energy Co-op, a plan was drawn up for a system that would cost the county about 83 cents per watt based on the grant. The funding comes from the federal government through the Commonwealth Finance Agency. The benefits of the system are expected to last 25 years or more and save the county $3,000 a year. The project, which is expect to generate more power than the Stourbridge Project can use, is currently on hold awaiting the availability of additional funds for the statewide grant program.

Jack Barnett of the Clean Energy Co-op recently revisited the project with the Commissioners in light of the lack of grant funding. He has proposed, instead, for the Co-op to build and own the system and the county would pay for the electricity at a fixed rate for 25 years. Barnett said the county would have to spend some money on the project, since the per-kwh-rate is slightly higher that the current contract price. The project will also include an informative kiosk to show the operation of the system in real time to visitors at the Stourbridge Project.

The Commissioners tentatively approved the project, which allows the Clean Energy Co-op to conduct due diligence investigations in preparation for a final agreement.

The Co-op has also partnered with the Wayne County Habitat for Humanity on a solar PV project, as well as  one at the Willow Wisp Farm and this one at The Cooperage Project in Honesdale. 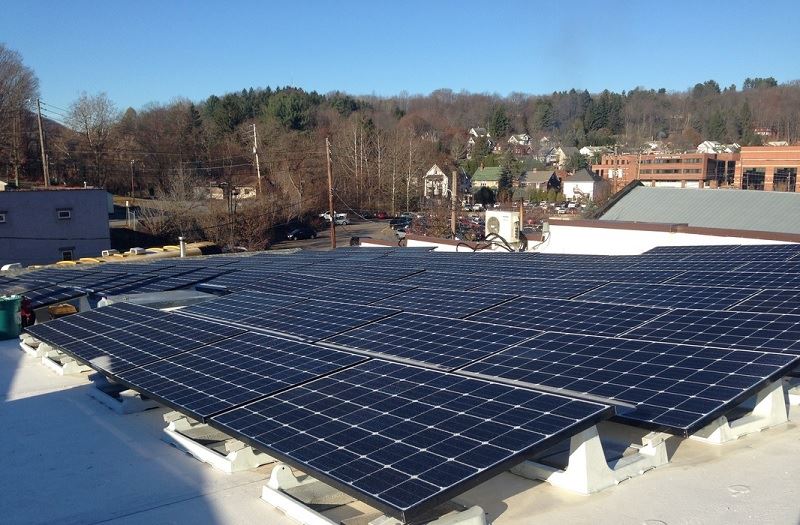